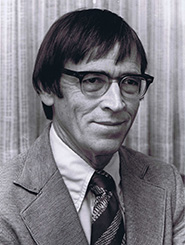 Lee Gibson (1915-2012) received his bachelor’s degree in music at Oklahoma State University, master’s degree and a performer’s diploma at the Eastman School of Music where he studied with R. M. Arey,. He completed his doctorate at the North Texas State College (UNT) in 1960.   (“Woodwind Serenades and Divertimenti of Mozart”)

He taught at Oklahoma State University and played principal clarinet in the Tulsa Symphony from 1938 to 1940, becoming in 1940 director of bands and instructor of music at the University of Idaho.  During the latter years of World War II he was an instructor in radio to the U.S. Navy, an outgrowth of an interest in amateur radio and electronics.

In 1945 he became teacher and woodwind coordinator at the North Texas State Teachers College.  He was the first full-time clarinet professor in what is now the College of Music at the University of North Texas. He retired in 1981.

Gibson was a principal clarinetist with the Fort Worth Symphony and the Fort Worth Civic Opera, and, at various times,  principal with the Dallas Symphony.  When asked by a former student at what age he first noticed a diminution of performance skills, Dr. Gibson answered without batting an eye that “At my best, I now play as well as I’ve ever been able to play.”

His publications include numerous articles and research studies, most of which deal with the design of the clarinet and the capacities of the human ear.  His Clarinet Acoustics, published in 1994 by Indiana University Press, is a short, concisely written, comprehensive book.  According to Gibson, “Clarinet Acoustics was and still is an only source for specific information on cause and effect in the performance of the clarinet itself.”  In the book, Gibson emphasizes the acoustical design of the instrument:  the interrelationship of construction variables (dimensions, materials, tone-hole placement) and their effect upon playing characteristics (pitch, tone quality, responsiveness, flexibility).  Topics include bore size and taper, tone hole dimensions, ligatures, barrels and reeds.  He was a member of the musical acoustics committee of the Acoustical Society of America.

James Schoepflin (DMA, 1973):  “Lee Gibson was one of the great gentlemen of our art, a man whose dedication and expertise have touched practically every aspect of clarinet design and performance; a man whose sense of direction and sense of humor are always in perfect balance; a man who can observe minute differences in the physical construction of the clarinet simply by squinting into the bore held up to the light; a man who can teach not only technique, but musicianship; all this and more.”